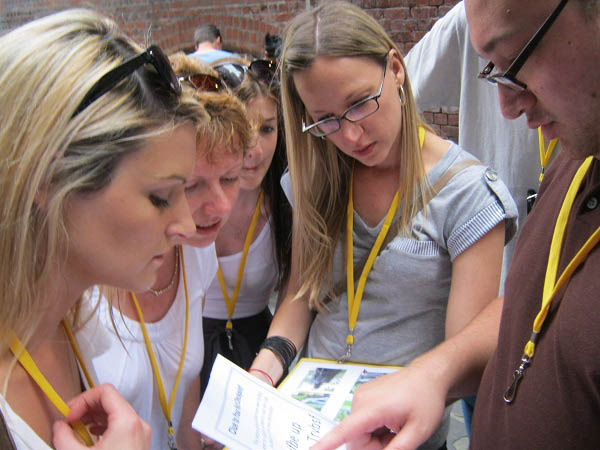 Let’s just get something straight. All organisations make mistakes.

With so many workplaces and organisations encouraging collaborative cultures and leadership models emphasising creating cohesion and reducing conflict – are companies in danger of overlooking the value of dissent in an effective organisation?

Author, Michael Roberto believes so. Too often, he suggests, leaders don’t hear bad news until it’s too late, eventually becoming so isolated that even high-risk or illegal actions go unquestioned.

This theory was confirmed recently with the Commonwealth Bank coming under fire from APRA (Australian Prudential Regulation Authority) into the bank’s governance, culture and accountability.

“A widespread sense of complacency, a reactive stance in dealing with risks, being insular and not learning from experiences and mistakes, and an overly collegial and collaborative working environment which lessened the opportunity for constructive criticism, timely decision-making and a focus on outcomes.” ~ APRA

Michael Roberto’s book, In Why Great Leaders Don’t Take Yes for an Answer: Managing for Conflict and Consensus (Wharton School Publishing), shows how these significant cultural risks can be overcome when leaders can stimulate dissent and debate within their organization, and also keep such interaction constructive.

It’s fundamentally about including collaborative cultures where there is opportunity and encouragement. Ensure there is a place for open discussion and an atmosphere for constructive consent to ensure flaws are recognised quickly and rectified.

CEO, Victor Ho, co-founder of a customer loyalty company that has raised more than $100 million in venture funding told the New York Times “The strongest lesson I learned at McKinsey that I now share with every new hire is what they call the ‘obligation to dissent’, It means that the youngest, most junior person in any given meeting is the most capable to disagree with the most senior person in the room.”

As Business Week declared in its 2002 special issue on corporate governance, “The best insurance against crossing the ethical divide is a roomful of sceptics…. By advocating dissent, top executives can create a climate where wrongdoing will not go unchallenged.”

How do we make dissent a natural part of collaborative cultures

So, in an environment where we are encouraged to value unity and cohesion. How do we begin to guarantee that dissent becomes part of the collaborative culture?

Truth be told, very few people have the nerve to dissent in a collaborative culture. Very few people become fearless, because very few leaders emphasize and celebrate their obligation to do so.

“If no one challenges the beliefs of the leadership, soon there are no beliefs – only thoughtless, unchanging dogmas.” ~ School of Herring

Every organization needs a healthy atmosphere for dissent if it wants innovation and commitment. You have to encourage honest and constructive disagreement — and you must never punish naysayers — precisely because you want it understood that everybody on your team is operating in good faith. Without genuine encouragement, people have a tendency to avoid tough decisions.

You need to ensure that there is a diversity of opinion and a flexible way of thinking.

Tim Harford, Economist and Writer says, “Foster an environment in which mistakes can be revealed, exposed and corrected”.

Notably, the Intel Corporation trains each and all of its technically skilled employees in conflict management. They even go so far as to identify its ability to surface and resolve conflict in the workplace as a distinctive competency. As such, the creation of an environment where constructive dissent is the norm is a valuable and rare organizational attribute.

In general, organizations do not react well to those who disrupt the social harmony. Consequently, training and education as to how to respectfully disagree with a supervisor can be helpful.

Other ideas to foster dissent in a collaborative culture are:

Ask follow up questions: to make dissenters feel welcome in the discussion, prompt them to explain their rationale in a non-hostile environment. Dig deep into the issue, igniting a conversation that helps people more fully understand how they feel about the issue. Explore and validate where possible.

Direct comments to the right people: communicating dissent will only take effect if it is heard by the people who have the ability to use it wisely. Ensure you are giving your team opportunities to share their constructive ideas with relevant stakeholders.

Ask for solutions: challenge dissenters to also present solutions but ensure that they feel the ability to share whether they have a solution for the issue or not.

Express gratitude: Yes! Thank your team for bringing flaws, issues, problems and new ideas to your attention. When you show genuine gratitude to someone for having the courage to dissent you will encourage more constructive dissent in the future.

Are you interested in going further to improve your organisation’s ability to welcome criticism?

Below is a transcript from an enlightening conversation on Adam Grant’s fantastic podcast “Work Life”. This is the most downloaded episode – How to Love Criticism.

This is a section (from 13.32 to 16.09) about learning to be radically candid. It also cautions against a common managerial approach sometimes called a “shit sandwich”

Adam Grant: Kim Scott is an executive coach in Silicon Valley. She works with CEOs and managers on being radically candid in their feedback.

Kim Scott: Be a kick-ass boss without losing your humanity.

AG: I asked Kim how we can all get better at providing criticism. And guess what. It’s not about just blurting out whatever pops into your head like AJ did.

KS: The idea of radical candour is that you’re caring personally about the other person at the same time that you’re challenging them directly.

AG: I guess then, how do I get comfortable you know, challenging directly? When I do challenge, how do I make sure that I show care?

KS: My biggest piece of advice is eliminate the phrase “Don’t take it personally” from your vocabulary. It’s OK if somebody’s getting upset or having an emotional reaction, it’s normal. It is inevitable. What you want to do is you want to react with compassion to them. If I had emotional Novocaine, I would give it to you.

AG: I have seen so many people say, “Alright, I’m really uncomfortable challenging directly, and so one of the ways I’ll show that I care personally is, I’m going to deliver a feedback sandwich: you know, open up with some praise, and then criticism comes in the middle, and then a slice of praise again, so we start and end on a high note. And the research I’ve read on this is pretty clear in saying this is a bad idea, for two reasons. One, when you lead with praise, they’re just waiting for the other shoe to drop, and it seems insincere. And two is that people often tune out what’s in the middle. And so, what’s your preferred alternative to the feedback sandwich?

KS: I agree, nobody really likes a shit sandwich. And so, it’s important for both praise and criticism, but especially for criticism, is to go in being humble. You may be wrong in what you’re saying, and that’s OK. One of the most important things you can do when offering criticism is to state your intention to be helpful.

AG: There’s evidence to back this up. It’s something I heard a lot at Bridgewater, too. It’s easier to take criticism when you know it’s meant to help you. From the outside, it might sound harsh. But they think it’s good for them.

KS: If you know that it’s healthy, and you’ve experienced firsthand the benefit, you’re going to keep seeking it, just like, it still hurts sometimes to go running, but I know how important that is to my well-being, so I’ll keep doing it, even though it’s always kind of an effort to get myself out the door. I think it’s the same with criticism.

Stop being defensive and listen

It could pay off both personally and for your company if you learn to drop your defensive response and listen to constructive criticism.  It takes leaving your ego at the door and great self awareness, but is it so valuable.  You also want to learn how to master giving feedback.

On his “Wondering” blog, Adam Grant makes the following point.

When people shy away from giving constructive feedback, it’s often because they’re afraid of hurting your feelings. But if they hear you talk about what you did wrong, the fear melts away. If you cover a criticism they were planning to raise, they know you won’t feel blindsided. And if you don’t mention an item on their list, they feel more responsible for raising it—it could be a blind spot.

I’ve watched Sheryl Sandberg do this so effectively. As she became more senior in her career, she noticed that people were more reluctant to criticize her. So she started opening meetings by talking about what she was working on. A common one: “I know I can speak too much in meetings—please tell me if I am.” Suddenly her colleagues felt safe giving that feedback, because she asked for it. And after the meeting, she followed up to get more feedback.

Sometimes she got feedback that she seeks too much feedback. Which is the best feedback you can get: it shows that people are comfortable being candid. And if you’re going to err on one side, the evidence suggests you’re better off seeking it too often.