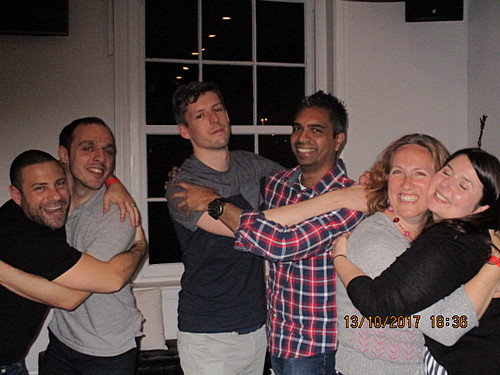 The culture has radically changed in many of of Australia’s leading football clubs.  Since the start of time Australian males have absorbed the tired mantra to “harden up”.  Well those looking for a true performance edge have found massive success with a new approach, which could be described as “soften up”.    It all started with AFL’s most famously inconsistent team,  the Richmond Tigers ……………..

“Richmond Tigers coach gives up on finals after loss to Port Adelaide”.

This was the print headline of The Age on July 2nd, 2016. Coach Damien Hardwick had written off any chances of his team being a part of the finals that year.

The team was falling apart and Hardwick, who had been unsuccessfully micro-managing his players and focusing too heavily on statistics, finally decided that something needed to change.

So, in 2018 at the pre-season training camp in Mooloolaba, Queensland, the club began trialing a new cultural exercise called The Triple H sessions. This meant a single player would stand in front of his teammates and share three personal tales:

One each of a Hero, Hardship, and Highlight (3H Team Building)

In that air-conditioned conference room, the men stood, one by one, and recounted stories of struggles, positive influences, and life lessons. There were tears and applause and very quickly a feeling of acceptance and understanding spread over the room.

Player Brandon Ellis remembered “By the end, people were crying. I felt like I became a new person. And I just felt so much closer to the group, so accepted.”

Hardwick didn’t really know the exercise would be so popular, but he had an inkling the sessions could prove important. “You always bring different things to the group at different times, but this idea of ‘connection’ was something I delved into late last year,” he says. “It seemed more relevant this season”.

In a fairytale result (predicted by no one), the newly bonded Richmond Tigers won the 2017 AFL premiership and was the dominant team throughout the 2018 season.  It comes as no surprise that they were knocked out by another team transformed by the “soften up” mantra: the Collingwood Magpies – more on them later.

This isn’t the first time The Triple H idea has worked. Many sporting teams have shown success with the collaborative team building exercise after Jon Gordon (Author) drew on the methods used by Atlanta Falcons Coach Mike Smith, in his book “You win in the locker room first”. In the book, Gordon outlines a strategy for building a thriving organisation and providing a practical framework. It gives leaders the tools they need to:

Now even if you are not a sports fan, it’s glaringly obvious that this method is an effective way to build trust, respect, and collaboration in any team environment.

Could you stand in front of your organisation and bare your soul?

Great leaders are doing just that and then asking their team to follow suit with palpable results. The experience sets the benchmark for your organisational culture. As people share their vulnerabilities, fears, low points and highlights; connections are fused.

Richmond’s great rivals Collingwood also witnessed a leader led cultural change this year.   Coach Nathan Buckley is gifted with self analysis and realised he needed to “be the change”.  He adopted mindfulness practices and saw an opportunity to bring enjoyment and fun back into the culture and let his charges “off the leash”.

Buckley’s change in coaching emphasis, which included taking a more personal interest in the lives and development of his young charges, paid off immediately.    Feeling confident and emotionally secure the young Collingwood group thrived in the second half of 2018, stunning the pundits by barnstorming through the finals and only losing the Grand Final by the barest of margins.

How to make your team perform it’s best

In 2012 Google research showed that psychological safety is the number-one predictor of best performing teams. Psychological safety is a shared belief that the team is safe for interpersonal risk taking. Being able to express oneself in a team environment without fear of negative consequences in terms of self image, status or career is essential for individual and team growth.

“There is no team without trust” says Paul Santagata, Head of Industry at Google. Santagata asserts that psychological safety in a team can lead to increased creativity, moderate risk taking and higher performing teams.

Building trust and emotional connections in a team can validate team members and light the way for effective collaboration, engagement, and individual wellbeing. Often in a group, though we need someone with courage to get things started. As a leader this foundation can in itself be a very powerful message:

that even leaders are vulnerable and imperfect; and that we are all in this together.