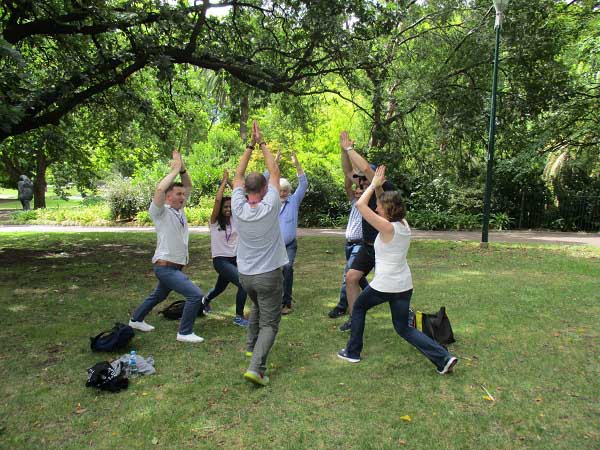 It’s a cute catchphrase and it actually packs a fair amount of chutzpah.

If you watch about 7,000 TED talks or spend your nights trolling the internet you will find that many thriving world industry leaders have something in common. They all realise that great success cannot be achieved alone.

A great team and effective culture tips can propel a company’s success skyward and by observing the balance of roles in a team offers an extraordinary insight into its dynamics. It also indicates the likelihood of success or failure for an assigned task.

Amazing leaders know that the best companies are made up of great teams and recent research by Google found that what really mattered was less about who is on the team and more about how the team worked together.

A few standout traits for a successful team included trust, as well as the ability to listen, show empathy and be authentic. Google also found that teams who were results orientated and relationship focused ensured the growth of a team’s success.

“Team building is both an art and a science and the leader who can consistently build high performance teams is worth their weight in gold.”

Having employees around you who share your values and company missions is essential, as is having a well ingrained culture that is apparent from the top of the company down and perhaps more importantly, from the bottom, up! Because as Google discovered, culture and teamwork have nothing to do with the job title on your business card. It has everything to do with your beliefs, words, and actions and your preparedness to work well with others.

Here we have sourced some true words of wisdom in the form of 20 inspirational quotes by industry pioneers. From Oprah to Barack, these global leaders practice what they preach when it comes to building team culture to enhance a business’s success.

Effective Culture Tip 1: a great culture is your competitive advantage

“Corporate culture is the only sustainable competitive advantage that is completely within the control of the entrepreneur.”  ~ David Cummings, Co-Founder, Pardot

“There’s no magic formula for great company culture. The key is just to treat your staff how you would like to be treated.” ~ Richard Branson, Founder, Virgin Group

Effective Culture Tip 3: build a way of being to be proud of

“Here in the United States, hopefully, what we’re building are not just pyramids, are not icons to one Pharaoh. What we’re building is a culture and a way of living together that we can look back on and say, [This] was good, was inclusive, was kind, was innovative, was able to fulfil the dreams of as many people as possible.” ~ Barack Obama, Former President United States of America

“I invite everyone to choose forgiveness rather than division, teamwork over personal ambition.” Jean-Francois Cope

“It is the long history of humankind (and animal kind, too) those who learned to collaborate and improvise most effectively have prevailed.” ~ Charles Darwin

“None of us is as smart as all of us.” ~ Ken Blanchard

“The way a team plays as a whole determines its success. You may have the greatest bunch of individual stars in the world, but if they don’t play together, the club won’t be worth a dime.” ~ Babe Ruth

“Individual commitment to a group effort — that is what makes a team work, a company work, a society work, a civilization work.” ~ Vince Lombardi

“No matter how brilliant your mind or strategy, if you’re playing a solo game, you’ll always lose out to a team.” ~ Reid Hoffman

Effective Culture Tip 11: surround yourself with the right people

“Lots of people want to ride with you in the limo, but what you want is someone who will take the bus with you when the limo breaks down.” ~ Oprah Winfrey

Effective Culture Tip 12: help others to help yourself

“It is literally true that you can succeed best and quickest by helping others to succeed.” ~ Napoleon Hill

Effective Culture Tip 13: acknowledge those who have helped you succeed

“No matter what accomplishments you make, somebody helped you.” ~ Althea Gibson

“My biggest mistake is probably weighing too much on someone’s talent and not someone’s personality. I think it matters whether someone has a good heart.” ~ Elon Musk

“Success is empty if you arrive at the finish line alone. The best reward is to get there surrounded by winners.” ~ Howard Schultz , Pour Your Heart Into It: How Starbucks Built a Company One Cup at a Time

Effective Culture Tip 17: passion is everything

“Culture is simply a shared way of doing something with a passion.” ~ Brian Chesky, Co-Founder, CEO, AirBNB

“Being a great place to work is the difference between being a good company and a great company.” ~ Brian Kristofek, President and CEO, Upshot

“Customers will never love a company until the employees love it first.” ~ Simon Sinek, author, Start with why

I hope you can build your team culture with great intention and attention as a result of these effective culture tips we shared above from the thought leaders of our time.